Brazil, officially Federative Republic of Brazil, Portuguese República Federativa do Brasil, country of South America that occupies half the continent’s landmass. Brazil is the fifth largest country on earth. It is divided into five regions, mainly drawn around state lines, but they also more or less follow natural, economic and cultural borderlines.

Brazil has many exciting cities, ranging from pretty colonial towns and coastal hideouts to hectic, lively metropolises. Brazil is a predominantly tropical country famous for its extensive Amazon lowlands; however, highlands cover most of the national territory. 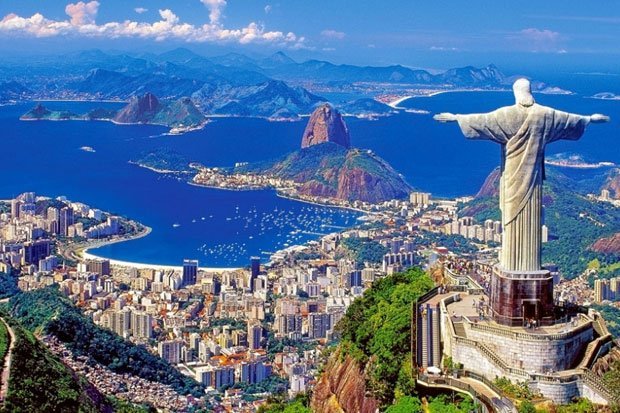 The 9th economy in the world, according to IMF, and the major one in Latin America, Brazil have experienced significant growth over the last decade. Known for its important role concerning the export of commodities, in 2010 Brazil was ranked as the third agricultural exporter in the world.

Developing an efficient means of transportation has been a matter of critical importance for a country as large as Brazil. Throughout much of its history, the country’s coastal regions were connected via shipping and a few short roads, whereas the interior remained an isolated frontier. Railroads were built in the 19th century to link Brazil’s mineral-producing regions to ocean ports. By the 1970s Brazil had the world’s third-largest commercial air fleet, and its roads were developing rapidly. In the 1990s the country’s road system was the third-longest in the world (after the United States and India), and Brazil was among the top 10 countries in automobile registrations.