Madagascar, island country lying off the southeastern coast of Africa. Madagascar is the fourth largest island in the world, after Greenland, New Guinea, and Borneo.  Madagascar is situated in the south western area of the Indian Ocean east of the coast of Africa about 400 km off the coast of Mozambique. The island is recognized as one of the world’s top ten hotspots for biodiversity.
Today the country is on a slow and steady economical and political growth path from an extremely low level. The majority of Madagascan flora and fauna are endemic to the island. There are sandstone canyons, limestone karsts, mountains, fertile hills cascading with terraced rice paddies, forests of every kind – rain, dry, spiny – and a laterite-rich soil that gave the country its nickname of ‘Red Island’. With 5000km of coastline, the sea is never very far. 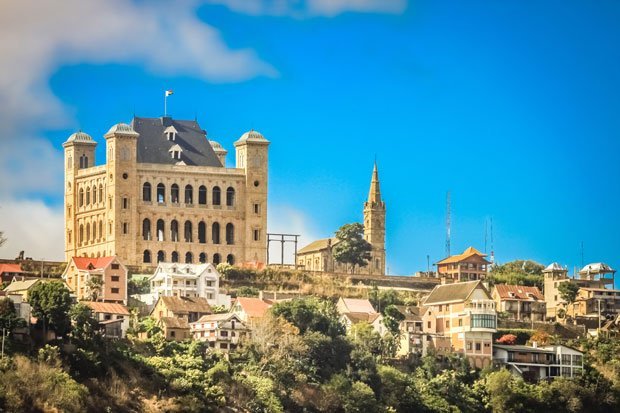 Madagascar & Logistics:
Madagascar belongs to the group of least developed countries, according to the United Nations. Malagasy and French are both official languages of the state. The majority of the population adheres to traditional beliefs, Christianity, or an amalgamation of both. Ecotourism and agriculture, paired with greater investments in education, health, and private enterprise, are key elements of Madagascar’s development strategy. Under Ravalomanana, these investments produced substantial economic growth, but the benefits were not evenly spread throughout the population, producing tensions over the increasing cost of living and declining living standards among the poor and some segments of the middle class. As of 2017, the economy has been weakened by the 2009–2013 political crises, and quality of life remains low for the majority of the Malagasy population.