Vietnam, country occupying the eastern portion of mainland Southeast Asia. Vietnam occupies the eastern and southern part of the Indochinese peninsula in Southeast Asia, with the South China Sea along its entire coast. China is to the north and Laos and Cambodia are to the west. Long and narrow on a north-south axis, Vietnam is about twice the size of Arizona. The Mekong River delta lies in the south.
Vietnam shares borders with three neighboring countries. In order of shared border length, these are: Laos (2,161 km), China (1,297 km), and Cambodia (1,158 km). 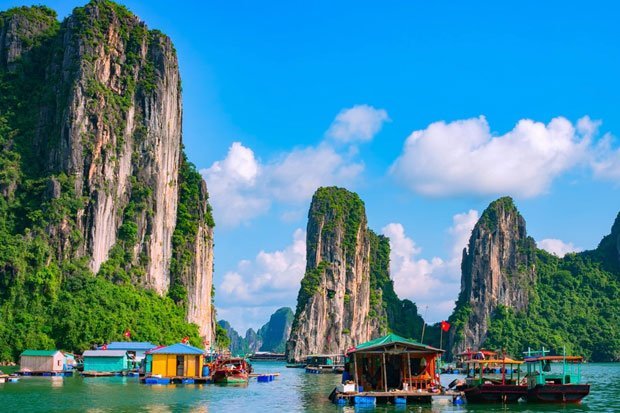 Vietnam & Logistics:
As the logistics industry in Vietnam becomes more liberalized, opportunities are opening up for new enterprises to cash in on a growing domestic and international demand for locally produced or manufactured products. At the same time, the country’s export market is growing, as is its industrial stature, especially as a centre for outsourced manufacturing.
With a very underdeveloped logistics infrastructure, and current high transportation cost-base compared with neighboring countries, Vietnamese logistics ventures can certainly be challenging, but offer amazing potential for foreign logistics firms with the ability to invest and innovate.
Air transportation in Vietnam is supervised by the Civil Aviation Administration of Vietnam (CAAV) and the airport infrastructure is developed and managed by three public companies of which the Airport Corporation is the largest The road haulage sector will outperform over the next several years, benefiting from the ongoing development of Vietnam as a regional manufacturing hub. Road transport currently plays an important role in Vietnam serving about 75.6% of all freight transport and 94.09% of all passengers transported.